Living in a Simulation

‍‍A combination that contains all of my notes that are and can be somehow related to The Simulation Hypothesis.
‍
Created: early 2019; Updated: 2020/11/28; Status: In progress; Confidence: likely

You can use the table of contents below to jump from one section to another.

3. God as a Computer Programmer
‍

5. The language of aliens
‍

2. Living in a simulation
‍

The Simulation Hypothesis (SH) = we are living in a simulation

The most aesthetically entrancing and popular Simulation Argument (SA) is the one provided by Nick Bostrom.

Bostrom does not directly argue that we truly live in a simulation, but argues that 1/3 is almost certainly true.

2. Living in a simulation

The living in a simulation hypothesis might be unfalsifiable, meaning that you are confidently asserting that a theory or hypothesis is true or false even though the theory or hypothesis cannot possibly be contradicted by an observation or the outcome of any physical experiment, usually without strong evidence or good reasons.  If the simulation is designed in a way so that no information can get in or out i.e. if their hardware is constructed so that anything in the simulation always keeps itself in check, it might be truly a challenge or even impossible to confirm that we are living in a simulation or not. The macro-entities designed the system so that is an encapsulated, closed system. In a well-polished Virtual Machine (VM), the user will not be able to detect that he is operating inside a VM. Any complicated system has ways in ways out, but this might not be necessarily correct going forward.  It is possible that the simulation is written in a programming language aimed to tackle math proofs. If you type in code that compiles in a language like that, it will be correct by definition. But that might not be expressive enough.

The simulation might also have a scheduled end date, with entropy. But something that complicated as the Universe cannot simply have a formal proof of correctness. We have no idea how complex the Universe computer really is. But we can also think that the fundamental rules might be really simple.

‍What if we want out?‍
If we continue on the path we are going with technology, we are probably going to be in a crisis. But if we change the discourse and start thinking upwards, toward outer space, and then ask ourselves what we can do to get out. This can put us on a decent path to start with. And what do you actually do once you accomplish that? I assume we would have acquired way more knowledge and brainpower in the process of doing that, so I will leave it to my future self.

The space narrative of the modernists was all about the race to space. But in today's culture - it does not seem to carry the same importance. So a new narrative to replace it might also be a new leap of faith. Artificial Intelligence, Virtual Reality, and Augmented Reality is a current formulation of this narrative.

And you will probably want to physically move to the cloud, in a virtual reality-based world. The house you can rent in there is way better than the house you can rent in the real world. And it can all be relative as well, as we will probably have people with better houses and yours will be inferior, even in a virtual world. But that's not how you are supposed to view the world, although most of us fall under this way of thinking just by bringing it up. It is a zero-sum way to view the world anyway. My transcendent house is not great because my neighbor has one as well? Or you can think about something trivial like your new washing machine marvel at its accuracy when washing clothes just by touching a specific spot on the fabric.

3. God as a Computer Programmer

We already started creating simulations of small worlds we can access by tapping into our computers and nowadays back pockets. We have simulations of worlds that we've built and we can control. A character in a video game can be an impersonation of us, a better version, or a truly opposite one. Inside our simulations - we can really be whatever we want to be.

Now imagine a day in the near future when we will outgrow our current limitations in terms of computer power and we will be able to build and simulate a world so perfectly, from architecture, nature, and space, to wildlife, human beings, and micro-emotions. Every single neurosynaptic piece of thought one human could have will be recreated and running inside this simulation, including how we perceive free will.

Imagine a far improved simulation of the Sims, where the Sim is you. And you are part of a world filled with complexity and all sorts of attached strings. Now imagine that the simulation of this world has just enough the amount of computing power to keep the Sim unaware and content. Like a zookeeper being friends with a tiger. A really good Zoo is pretty much able to maintain the happiness of their animals, building very good simulations of the tiger's natural world. You really just need just enough of the world that they see around them. Now let's enhance the powers of the zookeeper just a little bit, and now start thinking of him as a computer programmer who built a VM. In computing, a virtual machine (VM) is an emulation of a computer system. Virtual machines are based on computer architectures and provide the functionality of a physical computer. In a really good Virtual Machine, you are not able to detect that you are in a Virtual Machine.

Now, say that the almighty programmer is so good at his craft and puts a protocol in place so that every time a Sim inside the simulation is trying to do anything, the world quickly wraps around him and gives him random outcomes based on the interactions with the surroundings. If the Sim wants to start digging and explore the inner world, a flag goes up in the program and a specific function is deployed. Then more dirt is added underneath the surface, just enough to make the Sim believe that there is something else out there. If the Sim wants to go to Mars, let's make sure we slow the Sim just enough so that we can really build all the ins and outs of Mars, and let's slow down the evolution of technology and the human race as well, as that should keep us on the schedule. And probably that is why we are not able to travel faster than the speed of light, as you could go to another place is space and time, to another galaxy and the programmer won't have enough time to program it. So the speed of light is the safety protocol, and we have not figured that out yet. The coder put on a limit. The coder built this video game and he put us there not thinking that we might one day evolve into an intelligent agent. And indeed they have enough computing power by their own invention and are able to create and simulate all sorts of worlds inside their computers. And then they start creating more worlds that could be in the number of thousands, hundreds of thousands, billions, or even an infinite amount. And now you can create an exercise where you ask yourself and think about in which of those simulated universes are you, and statistically speaking, are you going to land in the one that is real or the infinite that are not? In Bayesian statistics you're allowed to introduce information that you already have available to you even if you didn't measure it to be true. And then you can establish the likelihood that one heyday will have the computing power to do this - and then that factors into the statistics.

Think about yourself as an intelligent agent put into this meta-world whose purpose has not been figured out yet. Arguably the theoretical thing you can do is to ask yourself what is the ideal thing to do?

One can think of building a compressive model of the world. You traverse it using your own means in such a way that your exploration function maximizes the derivative of compression of the past. As imperfect information is received, its purpose is to be maximized, while simultaneously deducing uncertainty.

And this might be theological to some extent, but the future can provide real meaning once the individual learns to play the strings of knowledge.

5. The language of aliens

I remember watching the movie Arrival. The premise is rather simple: If aliens were to come to Earth, how would you communicate? Nothing fancy, still mesmerizing. The outcome? People on Earth chose to replicate their symbols, a tricky thing to do, as those were packed with unlimited meaning. And yes, I am being dramatic. 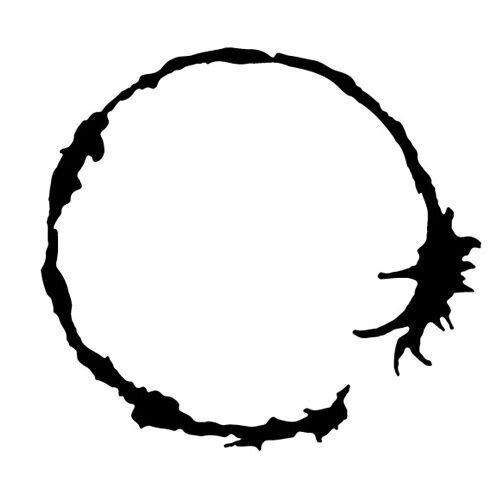 The Aliens were thus slightly above the curve, as they managed to compress meaning into symbols that are sufficiently independent. Although we cannot yet replicate what the outer space creatures did in the movie, one first step in our endeavor is to create symbols for the patterns we already see as repetitive not only in our daily life but on a broader scale as well. If you have achieved the ability to predict with a high accuracy rate, you can start compressing meaning into small bits and scraps of code and label each code as a particular sub-set of events.

‍History recurrence shows that we need about 4-5 generations to go through their lifecycle before the last one will encounter events similar in flavor. If you assign a symbol for something that we humans consider basic, such as the sunrise, you will get a constant, repetitive code block running throughout Earth's history, as the Sun is older than the Earth. We, as a society, have created local symbols to describe us, the agents. The names we gave to ourselves and we have been constantly using by activating the proper neurons using the new incoming sensory inputs we received from exploring the world on all sorts of different levels - the same names made us, the agents, self-aware.

And self-awareness might be simply a natural result coming from our continuous process of time-space interaction and intelligence compression.